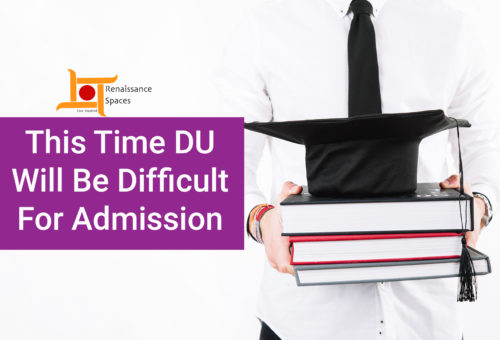 This Time DU Will Be Difficult For Admission

Every time as the score of the 12th class of the CBSE board increases, it becomes difficult to get a seat in the college of Delhi University. This year, there were 17,690 students who scored 95% and above and 90% of the 94,299 students.
These data are of 5 Subjects. For admission, the university has to add only four subjects best marks. More than 1 lakh students have more than 90% marks and 60,000 seats in the university’s 61 colleges. They include a 10% reservation for economically weaker students. In this case, qualification marks can be higher for admission this time.
This year, 21,630 students got more than 90% and above the 2018 exam. Mostly toppers are from the Humanities stream, in which most candidates will have social science programs in the Choice.

Last year when 90% and 95% students were less, then the seats available in the colleges were filled after the first cut-off list was released. Not only that, there was no need for the third list in 60% of courses such as Economics (Hons), English (Hons) and BA Program.

In Lady Shri Ram College for Women, high qualifying marks for BA program in Political Science (Hons) and Hindu College respectively are 97.75% and 97% respectively, due to which the vocations were filled in for the first time.

The same was for Science Courses. Satsang was filled with seats in the first list of Physics (Hons) in Sanatan Dharma College, which was 94%. In this year chemistry and mathematics students who have got 100 full marks, the numbers are 373 and 726 respectively.

On the day the CBSE result was announced, the principals of many colleges assumed that this year’s ad-hoc cut-off will be increased. Admission with high scores is also determined by the number of cut-off applications.

In the last few years, the number of applicants of State Board has increased. Last year, the University had received 2,78,574 applications for 76 undergraduate courses for about 56 thousand seats.

Admissions coordinator of DU College said, “We can not overfill the seats due to the lack of infrastructure and teaching resources. In such a situation, we have to keep the cut-off high. “